This language is currently in review and will be available soon!

The project consists of ethnographic and qualitative research with men, women and clergy in Ethiopia and the UK to investigate the ways in which religious beliefs and the interventions and discourses of the clergy influence the experience of domestic violence. One of the main aims of the project is to build upon the existing evidence base on the intersection of religious beliefs, human psychology and intimate partner behaviour, which is currently a highly under-theorised field that is dominated by the experience of industrialised societies.

The project also incorporates investigations involving migrant communities in the UK and service providers to identify the degree to which the domestic violence sector, migrant community organisations and religious stakeholders in the UK recognise the importance of and engage with religio-cultural parameters and feel equipped to respond to victims and perpetrators. Outputs from these research activities, including working papers, policy briefs and scholarly publications, are listed below. Research on religion and intimate partner violence does not appear to have integrated well the current evidence on religion/spirituality, marital functioning, and mental health and lacks a cross-sectoral perspective that bridges psychology, public health, international development, anthropology, and sociology. A better integration could reveal how religious experience could be leveraged resourcefully in developing faith-based interventions engaging religious leaders and when counseling victims/survivors and perpetrators in religious contexts. The current scoping review explored (a) the influence of religious experience on the rationalizations, behaviors and mental state of victims/survivors and perpetrators, and (b) the approaches and effectiveness of faith-based interventions to respond to domestic violence engaging religious leaders, communities, and psychologists. In pursuing these questions, we aimed to overcome the dominance of Western definitions of intimate partner violence and religion by combining evidence from sectors that are more international-looking and studies from low-and middle-income societies that historically received less attention. The review suggests the need to move toward more diversified and holistic understandings of religion and more context-specific approaches to designing faith-based interventions and counseling responses that are theologically grounded and trauma-informed and embedded in the sociological realities of the individuals and communities they seek to support. 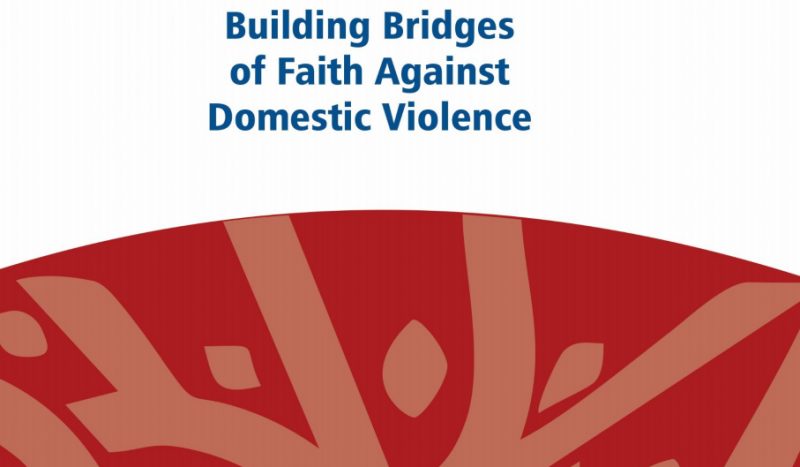 The report presents a pilot programme that was delivered by Project dldl/ድልድል with the support of EOTC DICAC to build the preparedness of Ethiopian Orthodox Tewahedo clergy in Debre Birhan, Amhara region, to respond to domestic violence in their communities. The intervention was designed on the basis of Dr Romina Istratii’s previous long-term anthropological research on conjugal violence in northern Ethiopia. The report describes how the programme was set up and the timeline of its delivery and evaluation,  the training content of the workshops and the workshop format. It also presents the delivery team’s evaluation of learnings, followed by the participants’ own feedback collected after the workshops and in follow-up ‘refresher’ trainings and outlines directions for continuing and scaling out the programme and its potential impact in the future.

The current dataset includes assessment questionnaire responses by clergy participating in a workshop series on domestic violence that was designed by Project dldl/ድልድል and co-delivered with the support of the Ethiopian Orthodox Church Development and Inter-Church Aid Commission (EOC DICAC) in Amhara region, Ethiopia. The questionnaires were collected as part of the programme’s evaluation approach, which comprised of a pre-workshop interest form that asked participants background information and a post-workshop assessment that asked them to assess different aspects of the workshops. A total of 155 assessment questionnaires were collected from clergy participants across 7 workshops. The participants were asked to respond to 7 assessment questions at the end of each workshop. Their responses were transcribed from the paper-based questionnaires in Amharic and were subsequently translated to English with the help of professional and native-speaking translators.

In recent decades, more studies have emerged that examine the relationship between religion / spirituality, marital functioning and mental health. The scholarship on domestic violence (DV) / intimate partner violence (IPV) and religion does not appear to have integrated this evidence sufficiently and also lacks a multi-sectoral perspective. Ultimately, evidence from psychology and counselling needs to be bridged with evidence from public health and international development programming and studies in anthropology and sociology. A better integration could help to increase understanding of the multidimensional effects of religious parameters in the experience of DV / IPV and to identify how these effects could be leveraged resourcefully in faith-based interventions at community level and in psychosocial counselling involving victims, survivors and perpetrators in religious contexts. The current synthesis is the result of a systematic review that was conducted to start to bridge this multi-sectoral and multidisciplinary evidence to identify specifically: a) the influence of religious beliefs and experience on the rationalisations, behaviour and mental health of victims, survivors and perpetrators, and b) faith-based interventions in community and psychological counselling and their effectiveness. In pursuing these questions, we aimed to overcome the dominance of western definitions and paradigms of domestic violence or religion by combining evidence from sectors that are more international, such as public health and international development, and studies conducted in low-and middle-income societies that received less attention historically. We especially sought to distance ourselves from rigid understandings of ‘religion’ in an effort to make the review more relevant to diverse religious traditions and experiences.

WORKING PAPER: Discourses and Practices of Ethiopian Orthodox Täwahәdo Clergy Regarding Faith, Marriage and Spousal Abuse: The Case of Aksum in Tigray Region (prior the war)

The current working paper is informed by previous ethnographic investigations of conjugal abuse in the Ethiopian Orthodox community in Tigray region in northern Ethiopia. The research evidenced the importance of religious beliefs and experience in understanding the life of the laity, intersections with gender parameters and norms, and complex associations with the continuation and deterrence of conjugal abuse in this religious society. The study revealed important tensions between theological and folklore understandings, with ‘faith’ being juxtaposed in complex ways to ‘culture’ to preserve or discontinue pernicious behaviour and norms associated with conjugal abuse. The current working paper aims to improve understanding among Ethiopian Orthodox Täwahәdo Church clergy and theologians, state agents, and non-governmental domestic violence stakeholders about the complex role of religious beliefs and experience in the married lives of the laity, about the clergy’s approaches to mediation in marital conflict, and to suggest how theology and pastoral interventions may be appropriately engaged in alleviating the problem.

WORKING PAPER: War and domestic violence: A rapid scoping of the literature to understand the relationship and to inform responses in the Tigray humanitarian crisis

Unexpectedly, on 4 November 2020 (four days after the official start date of project dldl/ድልድል), a conflict erupted in Tigray region. The eruption of the war raised an urgent need to pay attention to violence experienced in political conflict and to war trauma and to understand the implications for domestic life and family relations in the conflict-affected communities, as well as identify linkages with religio-cultural parameters where these have been identified. The working paper has a two-fold aim: to deepen the analysis of domestic violence in conflict-ridden Tigray as part of the ongoing work that we do as project dldl/ድልድል, and to inform current humanitarian responses in the region so that they account for context-specific needs and the religio-cultural conditions of the people.

This paper is dedicated to St John Chrysostom’s commentaries regarding man-woman relations in marriage and the conjugal relationship as they emerge from seven homilies. An attempt is made to provide a reading of these homilies through the Orthodox phronema understood here as the experience-based historical conscience of the Church. The aim is to bring the works of the Church Fathers closer to the conditions of the Orthodox faithful and improve their awareness of the Orthodox faith. It is our belief that Chrysostom’s commentaries in particular can become an important resource for the alleviation of pernicious attitudes regarding women and marriage associated with tradition-oriented Orthodox communities.