This language is currently in review and will be available soon!

Project dldl/ድልድል is motivated by the understanding that research in domestic violence, as encountered primarily in the fields of public health and gender and development, has been influenced by western epistemological frameworks and conceptual understandings, which need to be critically re-assessed.

Within much international development discourse, intimate partner violence (IPV) is frequently under-theorised or theorised in relation to conditions in western industrialised societies. Consequently, mainstream theoretical frameworks have often been underpinned by a suspicion towards what are perceived to be authoritative patriarchal ‘cultures’, associated typically with female oppression and abuse. The gender-based violence (GBV) paradigm has been widely assumed through the universal application of a western-informed sociological theory, while context-specific ethnographic and people-centred studies that demonstrate the mechanisms by which gender beliefs, social norms and human behaviour relate causally with each other have been rare. Studies based on anthropological evidence also present limitations because they often remain grounded in Euro-American theories of gender and gender relations. As a result, very little research has explored alleviation strategies within existing religious cosmologies and local socio-cultural systems.

The project aims to promote reflexive and people-centred conceptual and theoretical frameworks with which to analyse and understand domestic violence, as a means to achieving context-appropriate and effective interventions. This section lists project publications intended for domestic violence researchers who work cross-culturally, especially in low- and middle-income countries targeted by development, or with diverse communities in western societies. 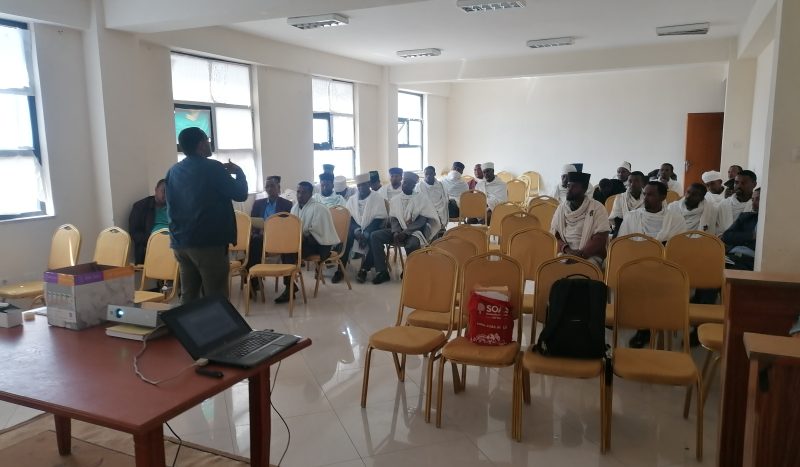 The current dataset includes assessment questionnaire responses by clergy participating in a workshop series on domestic violence that was designed by Project dldl/ድልድል and co-delivered with the support of the Ethiopian Orthodox Church Development and Inter-Church Aid Commission (EOC DICAC) in Amhara region, Ethiopia. The questionnaires were collected as part of the programme’s evaluation approach, which comprised of a pre-workshop interest form that asked participants background information and a post-workshop assessment that asked them to assess different aspects of the workshops. A total of 155 assessment questionnaires were collected from clergy participants across 7 workshops. The participants were asked to respond to 7 assessment questions at the end of each workshop. Their responses were transcribed from the paper-based questionnaires in Amharic and were subsequently translated to English with the help of professional and native-speaking translators. 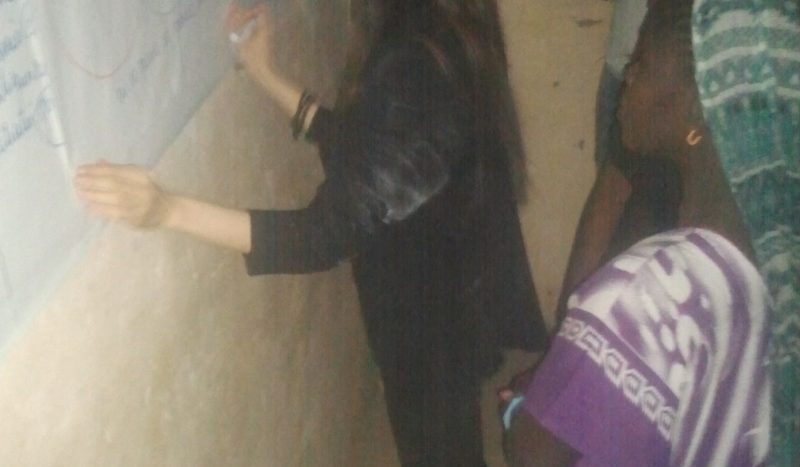 Despite the proliferation of more critical and inclusive approaches in development research in recent decades, much research on domestic violence is characterised by a persistent lack of recognition for the epistemic power of the theorist/practitioner and fails to make sufficiently transparent how epistemological situatedness and personal positionality inform research, analysis and practice. This chapter from Dr Romina Istratii’s monograph Addressing Gender and Development to Local Religious Contexts: A Decolonial Approach to Domestic Violence in Ethiopia proposes a theology-informed, participatory ethnographic approach to domestic violence research that is more reflexive of the epistemological situatedness of theory and pays due attention to the process of linguistic and cultural translation in view of the personal identity of the researcher. It covers safety issues in domestic violence research of this kind, issues of transparency around the positionality of the researcher in the process of researching and communicating the fieldwork experience, and challenges of interpreting and translating research participants’ discourses. 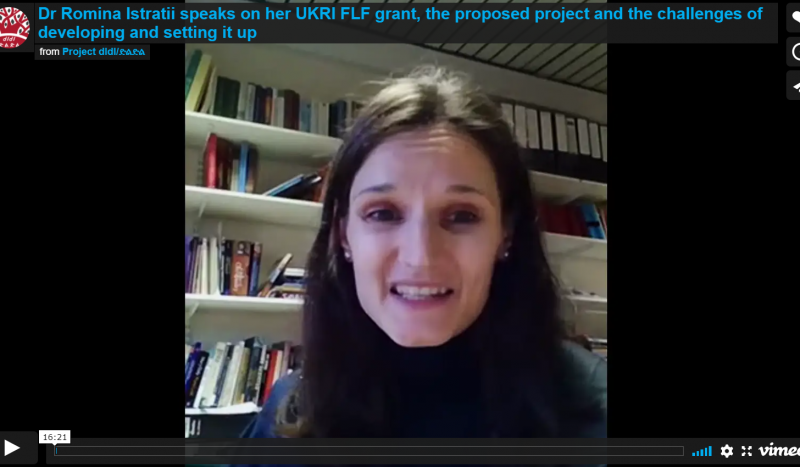 Courtesy of SOAS University of London

In this interview conducted by SOAS University of London subsequent to Dr Istratii being awarded a UKRI Future Leaders Fellowship, Dr Istratii, principal investigator and creator of project dldl/ድልድል, speaks about the project, the development of the project application, and the project’s approach. She discusses some of the challenges of developing an impact-oriented project working in locally-grounded ways and involving multiple international partners, while meeting UK funder tight deadlines and facing procedural delays within the university. 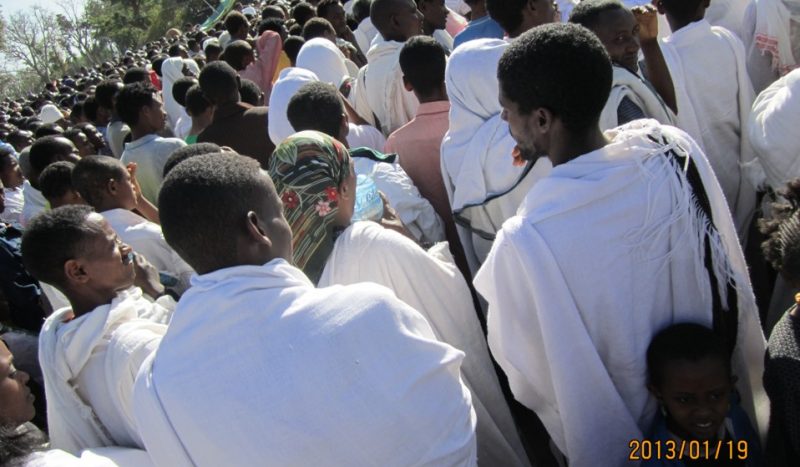 Moving Beyond Assumptions: The Complex Role of Religion in the Experience of Conjugal Abuse in Northern Ethiopia

In the fields of gender and religious studies and gender and development, religious systems have been most often interpreted as inegalitarian and as conducive to conjugal abuse. Many studies have lacked the proper contextualisation to understand how local traditions have been known and experienced vernacularly. In this webinar, Dr Romina Istratii presents a theology-informed, ethnographic study of conjugal abuse realities and attitudes in the Ethiopian Orthodox Täwahәdo community of Aksum in Northern Ethiopia. The study stresses the urgency for an approach that understands how laity and clergy deploy religious discourse to maintain practices and social norms and that subtly leverages on apostolic Orthodox theology to facilitate normative, attitudinal and behavioural change. 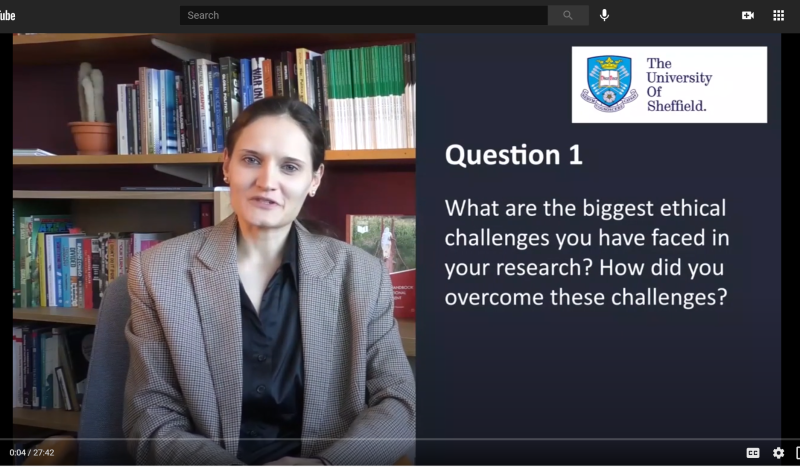 Courtesy of the University of Sheffield

In this interview conducted with the University of Sheffield, Dr Romina Istratii shares some of the main ethical challenges that she faced while conducting research on domestic violence in Northern Ethiopia, which was committed to epistemological reflexivity and being transparent about the positionality of the non-local researcher in the research process. Inter alia, she addresses ethical and practical issues around entering the field, community engagement, consent and data management, language learning and safety in domestic violence research.